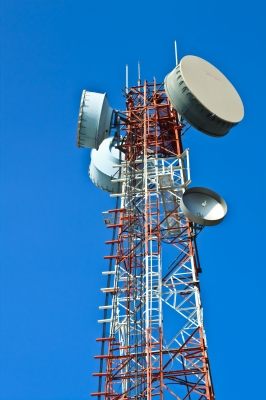 War propaganda has entered a new phase, involving the coordinated action of satellite TV stations. CNN, France24, the BBC and Al Jazeera have become instruments of disinformation used to demonize governments and justify armed aggressions. These practices are illegal under international law and the impunity of the perpetrators must be stopped.

The current processing of the information on Libya and Syria has marked a turning point in the history of war propaganda in that it uses new ways that have taken the international public by surprise.

Four powers – the United States, France, the UK and Qatar – have combined their technical means to intoxicate the “international community”. These are mainly CNN (which, although private, interacts with the Pentagon’s psychological warfare unit), France24, the BBC and Al Jazeera.

These media are being used to falsely attribute to the governments of Libya and Syria crimes they did not commit while covering the crimes that are committed by the secret services of the aforementioned powers and NATO.

We witnessed a similar situation, on a smaller scale, in 2002 when Globovisión broadcast live images of a popular revolution against elected President Hugo Chávez plus images of pro-Chavez activists gunning down protesters. This staged event had made it possible to mask a military coup orchestrated by Washington with the help of Madrid. However, after a genuine popular uprising aborted the coup and reinstated the elected president, legal and journalistic investigations revealed that the revolution filmed by Globovisión was in fact a case of visual trickery and that the Chavistas had never fired on the crowd, but were themselves the victims of snipers armed by the CIA.

We see the same thing happening today, but with a consortium of satellite channels which transmit images of nonexistent events in Libya and Syria. Their aim is to make people believe the majority of Libyans and Syrians want to overthrow their political institutions and that Muammar Gaddafi and Bashar al-Assad have massacred their own people. On the basis of such media intoxication, NATO attacked Libya and is about to destroy Syria.

Now, after the Second World War, the United Nations General Assembly passed legislation to prohibit and punish such practices.

Resolution 110 of 3 November 1947 regarding “measures to be taken against propaganda and the inciters of a new war,” condemns “propaganda which is either designed or likely to provoke or encourage any threat to the peace, breach of the peace, or act of aggression. “

Resolution 381 of 17 November 1950 further strengthens this condemnation by condemning the censorship of conflicting information as part of the propaganda against peace.

In so doing, the General Assembly has developed its own doctrine on freedom of expression: it condemned the lies leading to war and upheld the free flow of information and ideas and critical debate as weapons in the service of peace.

Words and, especially, images can be used to prepare the worst crimes. In this case, the intoxication by CNN, France24, the BBC and Al Jazeera constitute “crimes against peace.” They should be considered as being more serious than the war crimes and crimes against humanity committed by NATO in Libya and by Western intelligence agencies in Syria insofar as they precede and make them possible.

Journalists who engage in war propaganda must be tried by International Justice.

The photographs published do not imply that the authors support or approve the content of this article.

The CNL grants permission to cross-post original CanadaNewsLibre articles on community internet sites as long as the text & title are not modified. The source and the author’s copyright must be displayed.

https://canadanewslibre contains copyrighted material the use of which has not always been specifically authorized by the copyright owner. We are making such material available to our readers under the provisions of “fair use” in an effort to advance a better understanding of political, economic and social issues. The material on this site is distributed without profit to those who have expressed a prior interest in receiving it for research and educational purposes. If you wish to use copyrighted material for purposes other than “fair use” you must request permission from the copyright owner.