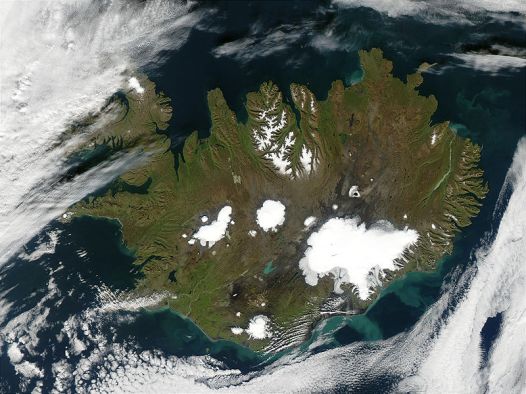 “Iceland’s approach to dealing with the meltdown has put the needs of its population ahead of the markets at every turn.”

“Iceland’s special prosecutor has said it may indict as many as 90 people, while more than 200, including the former chief executives at the three biggest banks, face criminal charges.”

“That compares with the U.S., where no top bank executives have faced criminal prosecution for their roles in the subprime mortgage meltdown.”
bloomberg.com (2)

Before Greece and Portugal, it was Iceland that chilled investors. Now the country’s finances are recovering and its bonds are turning into a lucrative investment.

In 2008 Iceland faced the worst financial crisis in its history as three leading banks defaulted under the weight of huge foreign debt. As it became clear the default were inevitable Iceland’s government nationalized the banks, while foreign creditors were left holding the bag.

“A Major part of Iceland’s debt has been written off. That means the country has more chances to pay its debts. So Iceland’s bonds are more attractive to investors than those of Greece or Portugal”, commented Tamerlan  Khassimikov, the head of BST Capital Management.

The country also received a $2.2 billion bailout from the IMF and carried out structural reforms which enabled Iceland to reduce its fiscal deficit.  The devaluation of the Icelandic krona contributed to the country’s exports.

“The Icelandic krona unlike the euro is supported by the country’s production. Now the fishing industry creates 46% of Iceland’s GDP and exports are growing”, said Mr. Khassimikov.

But it wasn’t only effective crisis management that helped Iceland stay afloat, according to the expert. “Iceland is a disciplined country, it used not to spend much more than it has”, Mr Khassimikov said. “The fiscal deficit was formed during the crisis, because Iceland’s banks are a part of global banking. As for Greece, it became a victim of its own careless approach to finance”.

Analysts agree Iceland’s crisis approach is hardly applicable to the euro-zone countries as they can’t devalue the currency by themselves. But Iceland definitely shows a textbook example of a thrifty financial policy.

This file is in the public domain because it was created by NASA.
NASA copyright policy states that “NASA material is not protected by copyright unless noted“.