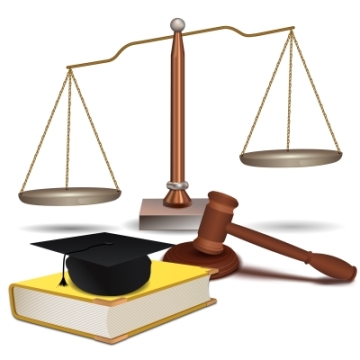 The Commodity Futures Trading Commission (CFTC) has been negligent in failing to terminate the obvious manipulation ongoing in silver. Furthermore, the agency may be complicit in this manipulation. Worse, it has lied to the public and elected officials. This all goes back to the time when Bear Stearns was taken over by JPMorgan in March of 2008. It is well known that Bear Stearns went under as a result of a sudden loss of liquidity amidst a run by creditors and customers. What is not well known is that those problems were greatly exacerbated by a $2 billion margin call on silver and gold short positions from the end of December 2007 to March 2008. I believe the silver and gold margin calls were at the heart of Bear Stearns’ failure.

We know now (from CFTC correspondence to lawmakers in 2008) that JPMorgan took over Bear Stearns’ giant silver and gold short positions on the COMEX. Up until that time, we did not know that Bear Stearns was the concentrated silver and gold short. Using Commitment of Traders Report (COT) data, Bear Stearns had a COMEX silver short position of no less than 35,000 net contracts and a COMEX gold short position of no less than 60,000 net contracts from the end of December 2007 to their takeover by JPMorgan two and a half months later. From December 31, 2007 to mid-March 2008, the price of silver rose by $6 (from $15 to $21) and the price of gold rose from $850 to over $1000. Based upon the number of contracts held short by Bear Stearns and the price movement at that time, that resulted in margin calls of $2 billion. I would contend that was the real reason for Bear Stearns’ demise.

So where do I get off claiming that the CFTC is complicit in the silver manipulation and lied about it to the public and to lawmakers? This is easy to prove. On May 13, 2008, the CFTC published a 16 page public response to my allegations of an ongoing manipulation in silver by means of a concentrated short position. The response was based upon silver market activity through the end of 2007, thereby conveniently sidestepping the drama that occurred through March 2008 when the biggest silver short in the market, Bear Stearns, failed and needed to be rescued with taxpayer assistance (Federal guarantees given to JPMorgan). The May 13, 2008 report from the CFTC went into great lengths in explaining there was nothing amiss on the short side of silver, even though the Commission knew that two months before the report was issued, the biggest concentrated short had failed and needed to be rescued by taxpayers. A lie by omission is no less of a lie.

Why am I bringing this up now? Because I’ve had enough of the CFTC’s lies and its refusal to do its job. As a result of the transfer of Bear Stearns’ concentrated short position becoming visible in the August 2008 Bank Participation Report the Commission initiated another formal investigation of the silver market, this time by the Enforcement Division. This investigation is now 3 years and 9 months old, the longest-running investigation in U.S. Government history. It has lasted longer than most wars. Just as with the two prior investigations by the Division of Market Oversight, the current investigation is a phony investigation. I say this because there has been no attempt by the Enforcement Division to contact me or anyone claiming that silver has been manipulated. It’s clear that the agency does not want to get to the truth. The agency keeps initiating investigations which involve time and taxpayer money, but they never check with the person who has caused them to investigate in the first place.

Only two of the five commissioners currently serving at the agency were at the Commission when JPMorgan took over Bear Stearns or when the Enforcement Division began its current investigation. But all have received vastly more public complaints about silver than for any other commodity. None of them can claim ignorance of the issue. Chairman Gensler preaches about the need for transparency in our markets. How about some transparency for the Commission? The Commission lied in its May 13, 2008 report (by omission) and is lying now when it claims to be conscientiously investigating silver. See my article from 2009.

The stalled investigation has only served as cover for the crooks at JPMorgan and the CME to manipulate the price of silver more egregiously than ever before. I think it’s time to press for the removal of all current commissioners, including Gensler and Commissioner Chilton. Who wants to hear platitudes when a serious crime is in progress? Clearly, the Division of Market Oversight lied in its 2008 letter and the Enforcement Division is lying now. Who needs public servants like these?

Please send this article to your Congressman or Senator and ask them to investigate. Also please e-mail the Commodity Futures Trading Commission with your comments.

*Image reference:
http://www.freedigitalphotos.net/images/Other_Government_Pub_g317-Court_Icons_p48215.html
The publishing of this image does not imply that the author endorse this article.