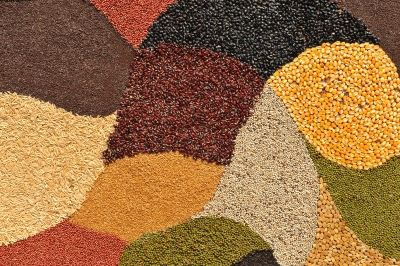 Five million Brazilian farmers are locked in a lawsuit with US-based biotech giant Monsanto, suing for as much as 6.2 billion euros. They say that the genetic-engineering company has been collecting royalties on crops it unfairly claims as its own.

The farmers claim that Monsanto unfairly collects exorbitant profits every year worldwide on royalties from “renewal” seed harvests. “Renewal” crops are those that have been planted using seed from the previous year’s harvest. While the practice of renewal farming is an ancient one, Monsanto disagrees, demanding royalties from any crop generation produced from its genetically-engineered seed. Because the engineered seed is patented, Monsanto not only charges an initial royalty on the sale of the crop produced, but a continuing 2 per cent royalty on every subsequent crop, even if the farmer is using a later generation of seed.

“Monsanto gets paid when it sell the seeds. The law gives producers the right to multiply the seeds they buy and nowhere in the world is there a requirement to pay (again). Producers are in effect paying a private tax on production,” Jane Berwanger, lawyer for the farmers told the Associated Press reports.

In the latest installment of the legal battle erupting in South America, the Brazilian court has ruled in favor of the Brazilian farmers, saying Monsanto owes them at least US$2 billion paid since 2004. Monsanto, however, has appealed the decision and the case is ongoing.

In essence, Monsanto argues that once a farmer buys their seed, they have to pay the global bio-tech giant a yearly fee in perpetuity – with no way out.

At stake is Brazil’s highly profitable and ever growing soybean production. Last year, Brazil was the world’s second producer and exporter of soybean behind the United States, according to the AFP report. The crops can be used for anything from animal feed to bio fuel, and worldwide demand is growing.

Genetically engineered soy first appeared illegally in Brazil in the 1990’s, smuggled in from neighboring Argentina. The Brazilian farmers found the seed attractive despite the ban in place from the Brazilian authorities because Monsanto had specifically designed the seed to be resistant to its own immensely powerful and popular herbicide Roundup.

When used in tandem, the strong herbicide will kill the weeds while allowing the soy crops to grow unimpeded. After the ban was lifted, genetically modified seed flooded the Brazilian market, and now 85 per cent of the Brazilian soy crop is genetically-engineered. Soy has been extremely successful in Brazil, currently making up 26 per cent of the country’s farm exports last year and netting Brazil a total of $24.1 billion, according to AP. However, Brazil’s farmers were apparently unaware there would be a heavy price to pay.

To make a deal with Monsanto is to make a deal with a company that is one the most powerful and pervasive food giants in the world. It is the world’s number one seed developer, and its patented genes have been inserted into 95 per cent of all American soy, and 80 per cent of all American corn crops. Monsanto has repeatedly levied large damage suits against independent farmers that have unknowingly or unwittingly used their seed.

* Image reference:
Source: http://www.freedigitalphotos.net/images/Grains_Nuts_Seeds_g267-Grains_Background_p42481.html
The publishing of this image does not imply that the author endorse this article.