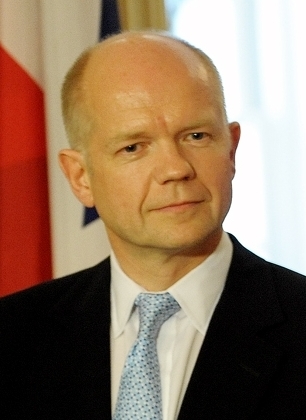 For the first time, the British Foreign Minister, William Hague, acknowledged Monday before the House of Commons that the group Al-Qaeda has carried out terrorist operations in Syria.

“We have reason to believe that terrorist groups affiliated with al-Qaeda have committed attacks designed to increase the violence, with serious implications for international security,” said Hague.

He also condemned the violation of human rights and sectarian attacks perpetrated by armed men in Syria.

The British Foreign Minister, in addition to emphasizing the need to implement the peace plan proposed by UN special envoy to the Arab League and Syria, Kofi Annan, added that in the coming weeks it would be necessary to witness a rise of international efforts to end the violence plaguing the Arab country.

Since mid-March 2011, Syria has lived through a wave of violence. However, Britain and other Western and Arab countries are calling for the intensification of unrest and terrorist attacks in order to pave the way for foreign military interference.

How this duplicitous pig can go in and make demands of Russia in his discussions today with Mr. Lavrov, knowing what he knows….it is beyond reprehensible and disgusting.  Hague is seeking Russian cooperation on a military intervention against Syria, still entirely blaming Assad’s government for the violence, knowing that it is a lie.  Western countries are anxious to go it alone, if need be, with a full blown military assault to cause regime change aka a no-fly zone.

Translated from the Spanish version and appended by:
Lisa Karpova

Copyright © 1999-2012, «PRAVDA.Ru». When reproducing our materials in whole or in part, hyperlink to PRAVDA.Ru should be made. The opinions and views of the authors do not always coincide with the point of view of PRAVDA.Ru’s editors.

* Image reference:
Source: http://commons.wikimedia.org/wiki/File:William_Hague_2010_cropped.jpg
This work is in the public domain in the United States because it is a work prepared by an officer or employee of the United States Government as part of that person’s official duties under the terms of Title 17, Chapter 1, Section 105 of the US Code.