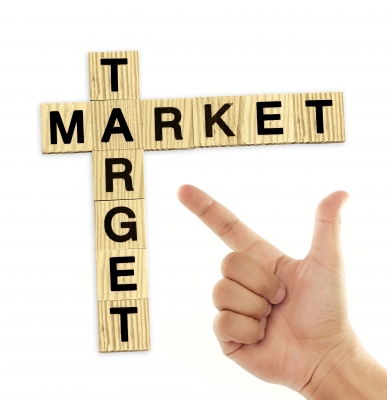 Dr. Guenter Meyer, a Middle East expert at the University of Mainz in Germany, speaking to RT in an interview, described the Houla massacre of three weeks ago as an example of “massacre marketing, which means that rebels on purpose kill as many people as possible in order to incite worldwide public opinion and to promote invasion from abroad into Syria in order to oust Bashar al-Assad.“

“It’s quite obvious that for the Houla Massacre the rebels were responsible.”

“Whenever an action of the United Nations Security Council is going to start, then these atrocities are being reported.”

U.S. Senator Hiram Johnson is reported to have been the first to say, “The first casualty, when war comes, is truth.” That was in 1917, but now, in the Information Age, truth must be killed as a prerequisite for going to war. In the case of Syria, this principle is documented in spades in two articles, a July 12 article published by Asia Times, and the second posted by Russia Today, on July 14. The Russia Today article makes the case that massacres happen in Syria just as the UN Security Council is about to take up a new resolution. Dr. Guenter Meyer, a Middle East expert at the University of Mainz in Germany, speaking to RT in an interview, described the Houla massacre of three weeks ago as an example of “massacre marketing, which means that rebels on purpose kill as many people as possible in order to incite worldwide public opinion and to promote invasion from abroad into Syria in order to oust Bashar al-Assad.” In the beginning, he said, the government was responsible for killing peaceful protesters, but the situation has completely changed. Meyer argued that the Western governments, the Gulf Arab states, Turkey and a large part of the opposition have no interest in a peaceful solution. They want to get rid of Assad, but to make this happen, they need to ensure that the military intervention from abroad takes place. That’s why, Meyer said, “whenever an action of the United Nations Security Council is going to start, then these atrocities are being reported,” Meyer said.

The Asia Times article, by one Aisling Byrne, is a lengthy study of the methods of information warfare that are being brought to bear on international opinion regarding the conflict inside Syria. “What we are seeing is a new stage of information war intentionally constructed and cast as a simplistic narrative of a struggle for human rights and democracy so as deliberately to exclude other interpretations and any geostrategic motivation,” writes Byrne. “But it is a narrative based on distortion, manipulation, lies and videotape.” Byrne then goes on to document the case, including the fact that the Syrian insurgents aren’t just getting arms and combat training from the Western countries, Saudi Arabia and Qatar, but also training and equipment for psychological warfare, which then becomes the basis for the “news” reports coming out of Syria that are provided by the so-called Syrian Observatory for Human Rights. Much of what Byrne reports is already known to readers of LaRouche publications, but it’s worth noting that Byrne indicts major news media organizations, U.S. Senator John McCain, British Prime Minister David Cameron, and even human rights groups, including Amnesty International and Human Rights Watch. She quotes former CIA official Paul Pillar noting the parallels between the anti-Syria campaign and that against Iraq in 2003. He said that the neo-con case for arming the Syrian opposition “is a continuation of the same patterns of neo-conservative thinking that led to Bush’s war [on Iraq]. There is the same wishful thinking substituting for careful analysis about consequences.”

In fact, just in the past few days, another alleged massacre near Homs has been finally revealed to have been no massacre at all, but a pitched battle between armed rebels and government forces, in which an estimated 100 combatants were killed. The Syrian Observatory in London had blasted word that the battle was a government massacre in which 250 innocent and unarmed civilians were killed by the Syrian Army—all total lies.

Indeed that is true, but there is also murderous intent behind the information war machine. It isn’t just aimed at war on Syria, but also Iran and ultimately, nuclear confrontation with both Russia and China, which have so far fiercely resisted the information war campaign. But, the only way it can be stopped is by the Constitutional removal of Barack Obama from the Office of the President. Only then will the British finger be taken off the U.S. nuclear trigger.

Disclaimer: The views expressed in these articles and videos are the sole responsibility of the author(s) and do not necessarily reflect those of CanadaNewsLibre. The contents of these articles and videos are of sole responsibility of the author(s). CanadaNewsLibre will not be responsible or liable for any inaccurate or incorrect statements. The CNL grants permission to cross-post original CanadaNewsLibre articles and videos on community internet sites as long as the text & title are not modified. The source and the author’s copyright must be displayed. http://canadanewslibre contains copyrighted material the use of which has not always been specifically authorized by the copyright owner. We are making such material available to our readers under the provisions of “fair use” in an effort to advance a better understanding of political, economic and social issues. The material on this site is distributed without profit to those who have expressed a prior interest in receiving it for research and educational purposes. If you wish to use copyrighted material for purposes other than “fair use” you must request permission from the copyright owner.