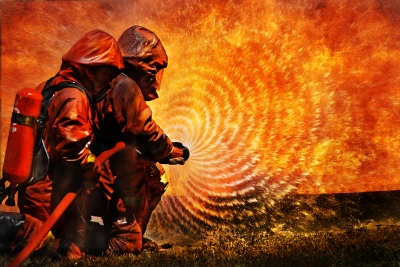 “The world’s monetary gold should be remobilized. This can be accomplished by opening the U.S. Mint to the free and unlimited coinage of gold. There should be no attempt to fix, cap, or otherwise control the dollar price of gold.”

“Gold is the only ultimate extinguisher of debt. Other extinguishers do, of course, exist but they are not ultimate in that they have a counterpart in the liability column of the balance sheet of someone else. Gold has no such liability attached to it. Gold is where the buck stops. It is this property that makes gold unique as a financial asset.”
Professor Fekete

Remobilize Gold To Save The World Economy!

Historically, gold discharged its function as the ultimate extinguisher of debt through the gold clauses written into the bonds of the U.S. government before 1933. Gold could also discharge this function, albeit rather imperfectly, under the gold exchange standard of 1934 with gold redeemability limited to foreign holders. Still more imperfect was the system of fluctuating gold prices introduced in 1971, thanks to the availability of paper gold. Imperfect as though these stratagems were, they served as a pacifier to the bond market. But as the threat of permanent backwardation indicates, all offers to put monetary gold at the disposal of the international monetary system could be abruptly withdrawn. In that event there would be no ultimate extinguisher of debt. The world is totally unprepared for such a momentous development. I ask you: are there contingency plans in the U.S. Treasury and in the Federal Reserve what to do if backwardation makes monetary gold unavailable for the indirect retirement of debt?

The message to debt holders would be: sauve qui peut. There would be a rush to the exit doors and people would trample one another to death in trying to get out. The debt crisis of 2008 was a dress rehearsal. It gave the world a foretaste. This crisis is a gold crisis. It is a crisis indicating the threat of a shortage of the ultimate extinguisher of debt, without which our runaway debt tower is doomed. When it topples, it will bury the world economy under the rubble, as the Twin Towers buried the people working inside in 2001.  – Full article  HERE

Backwardation, is the market condition wherein the price of a forward or futures contract is trading below the expected spot price at contract maturity.[1] The resulting futures or forward curve would typically be downward sloping (i.e. “inverted”), since contracts for further dates would typically trade at even lower prices.

The opposite market condition to normal backwardation is known as contango.

A backwardation starts when the difference between the forward price and the spot price is less than the cost of carry, or when there can be no delivery arbitrage because the asset is not currently available for purchase.

1 thought on “Remobilizing Gold could save the World Economy”