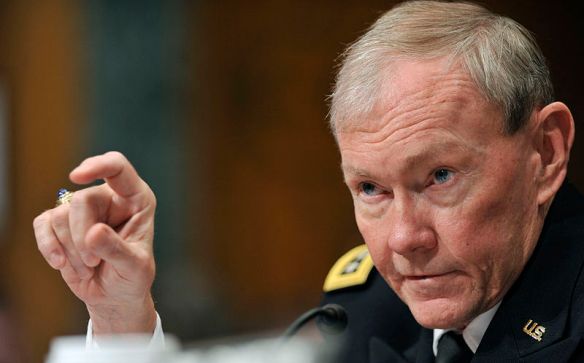 Top US military commander: ‘I don’t want to be complicit’ if Israel attacks Iran

The highest ranking officer in the United States military has announced that he is against American participation in any Israeli-led attack on Iran, even as pressure to destroy the Islamic Republic’s rumored nuclear program remain unrelieved.

Gen. Martin Dempsey, Chairman of the Joint Chiefs of Staff, told reporters in London on Thursday that an Israeli attack would “clearly delay but probably not destroy Iran’s nuclear program,” adding that he was against US cooperation in a unilateral assault.

“I don’t want to be complicit if they [Israel] choose to do it,” Dempsey told reporters.

Iranian President Mahmoud Ahmadinejad has been adamant that the nation’s nuclear facilities exist solely for peaceful purposes and that the country is not in the market for procuring nuclear warheads, a sentiment echoed by Supreme Leader Ayatollah Ali Khamenei, who earlier this week told heads of state, “Our motto is nuclear energy for all and nuclear weapons for none.”

So far, no foreign nations have been able to independently confirm or deny that claim. On Thursday, however, the United Nation’s International Atomic Energy Agency wrote that Iran has been uncooperative with attempts to investigate their facilities and suggested that they could be procuring nukes.

Israel, a close ally of the United States, has also claimed that Iran’s intentions are motivated by manufacturing of warheads. In May of this year, Israeli Defense Minister Ehud Barak stated, “Our position has not changed. The world must stop Iran from becoming nuclear. All options remain on the table.”

From an executive standpoint, President Obama has also remained willing to strike if necessary, but has not pushed for pressure on Iran aside from the sanctions currently imposed by the United States.

“I also don’t, as a matter of sound policy, go around advertising exactly what our intentions are. But (both) governments recognize that when the United States says it is unacceptable for Iran to have a nuclear weapon, we mean what we say,” President Obama said earlier this year to The Atlantic.

On Thursday, Gen. Dempsey commented that a strike against Iran over fears of their nuclear program, if conducted, could be without merit and might even erode the pro-Israeli alliance currently in place.

“International coalition” applying pressure on Iran “could be undone if [Iran] was attacked prematurely,” Dempsey said, adding that “Intelligence did not reveal intentions” to procure nukes.

Gen. Dempsey was in the UK to attend the Paralympic Games, where he is serving as the head of the U.S. delegation.

“Dear Mr. President: This letter is written to you out of grave concern that you will once again lead our nation into war without authorization from the Congress”.
Rep. Walter Jones 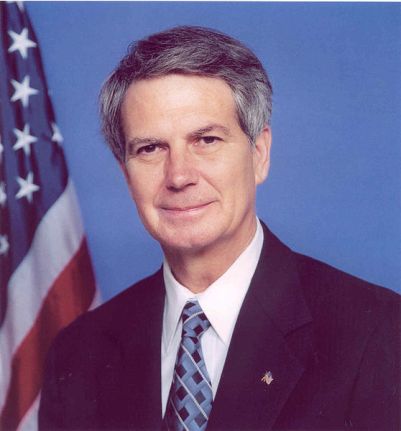 Walter B. Jones, member of the United States House of Representatives. / Wikimedia (2)

Rep. Walter Jones to President Obama: “Abide By Our Constitution”

This letter is written to you out of grave concern that you will once again lead our nation into war without authorization from the Congress. As tensions and rhetoric rise in Syria and Iran, the power to declare war remains vested in the Congress. No resolution from the United Nations or NATO can supersede the power carefully entrusted with the representatives of the American people.

Whether it is Korea, Yugoslavia, or Libya, presidents have continually disregarded the Constitution and sent Americans to war without congressional authorization. In order to prevent further encroachment of executive power, I have introduced House Concurrent Resolution 107. My Resolution states:

“except in response to an actual or imminent attack against the territory of the United States, the use of offensive military force by a President without prior and clear authorization of an Act of Congress violates Congress’s exclusive power to declare war under article I, section 8, clause 11 of the Constitution and therefore constitutes an impeachable high crime and misdemeanor under article II, section 4 of the Constitution.”

The above simply restates the Constitution. Our founding fathers had the unique perspective of living subject to the wars of choice waged by a King. As James Madison wrote, allowing the President alone to take the country into war would be “too much of a temptation for one man.”

Outside of an actual or imminent attack on America, the only precursor to war can be the authorization of Congress. I call on you to abide by our Constitution, and rely on our country’s representatives to decide when war is necessary. There is no greater responsibility than to send our sons and daughters to war. That responsibility remains with the United States Congress.

(1) This image is a work of a U.S. military or Department of Defense employee, taken or made during the course of an employee’s official duties. As a work of the U.S. federal government, the image is in the public domain.

Disclaimer: The views expressed in these articles and videos are the sole responsibility of the author(s) and do not necessarily reflect those of CanadaNewsLibre. The contents of these articles and videos are of sole responsibility of the author(s). CanadaNewsLibre will not be responsible or liable for any inaccurate or incorrect statements. The CNL grants permission to cross-post original CanadaNewsLibre articles and videos on community internet sites as long as the text & title are not modified. The source and the author’s copyright must be displayed. http://canadanewslibre may contain copyrighted material the use of which has not always been specifically authorized by the copyright owner. We are making such material available to our readers under the provisions of “fair use” in an effort to advance a better understanding of political, economic and social issues. The material on this site is distributed without profit to those who have expressed a prior interest in receiving it for research and educational purposes. If you wish to use copyrighted material for purposes other than “fair use” you must request permission from the copyright owner.