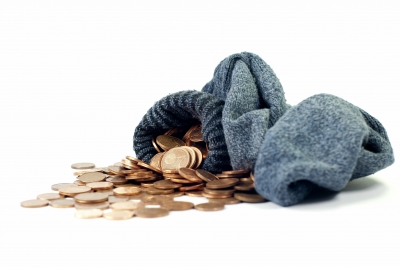 “Our analysis of the physical gold market shows that central banks have most likely been a massive unreported supplier of physical gold, and strongly implies that their gold reserves are negligible today”

“The central banks’ gold is likely gone, and the bullion banks that sold it have no realistic chance of getting it back.” – Eric Sprott & David Baker (emphasis added)

Do Western Central Banks Have Any Gold Left???

Somewhere deep in the bowels of the world’s Western central banks lie vaults holding gargantuan piles of physical gold bars… or at least that’s what they all claim. The gold bars are part of their respective foreign currency reserves, which include all the usual fiat currencies like the dollar, the pound, the yen and the euro.

Collectively, the governments/central banks of the United States, United Kingdom, Japan, Switzerland, Eurozone and the International Monetary Fund (IMF) are believed to hold an impressive 23,349 tonnes of gold in their respective reserves, representing more than $1.3 trillion at today’s gold price. Beyond the suggested tonnage, however, very little is actually known about the gold that makes up this massive stockpile. Western central banks disclose next to nothing about where it’s stored, in what form, or how much of the gold reserves are utilized for other purposes. We are assured that it’s all there, of course, but little effort has ever been made by the central banks to provide any details beyond the arbitrary references in their various financial reserve reports.

Twelve years ago, few would have cared what central banks did with their gold. Gold had suffered a twenty year bear cycle and didn’t engender much excitement at $255 per ounce. It made perfect sense for Western governments to lend out (or in the case of Canada – outright sell) their gold reserves in order to generate some interest income from their holdings. And that’s exactly what many central banks did from the late 1980’s through to the late 2000’s. The times have changed however, and today it absolutely does matter what they’re doing with their reserves, and where the reserves are actually held. Why? Because the countries in question are now all grossly over-indebted and printing their respective currencies with reckless abandon. Complete article HERE