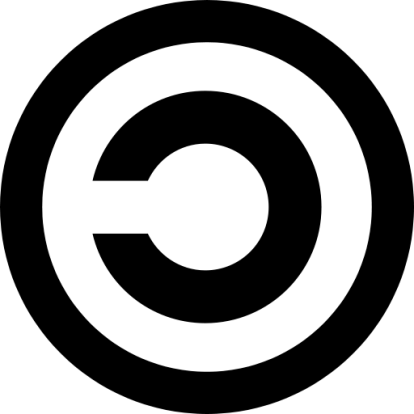 RT – The ability to make and share content without having intellectual property rights may become reality if the EU parliamentary Committee on International Trade (INTA) continues following the lead of a pirate in its ranks.The document entitled On a Digital Freedom Strategy in EUForeign Policy was released in September and is the brainchild of MEP Amelia Andersdotter, the sole member of the Swedish Pirate party on the INTA.

In outlining the INTA’s recommendations to the EU committee on Foreign Affairs (AFET), the paper strikes a populist tone by expressing its awareness “that some people increasingly hear the word copyright and hate what lies behind it.”

As the dossier expresses “regrets” over “the losses incurred by European entrepreneurs”in the absence of a clearly defined IPR regime, the committee’s next recommendation seemingly comes out of left field:“

[The INTA] Calls on the Member States and the Commission to develop IPR policy in order to continue to allow those who wish to create their own content and share it without acquiring IPR to do so.”

Tech Dirt immediately hailed the language, saying “an official document from the important trade committee of the European Parliament is calling for the option to create without copyright being attached.”

As the only directly elected European institution, a recommendation stemming from an EU parliamentary committee could in fact have very real consequences for the future of Europe’s attitude towards a more liberal IPR regime.

Andersdotter herself is no stranger to navigating the often treacherous waters of the EU, as the 25-year-old already convinced the parliamentary committee on Industry, Research, and Energy to reject the Anti-Counterfeiting Trade Agreement (ACTA) this past summer. Her push to reject ACTA was later followed by the INTA and ultimately the entire EU parliament.

Jeremie Zimmermann, a spokesperson for the digital activist group La Quandrature said the EU decision to ax ACTA was a political symbol of such “global significance” that “the way will be open for copyright to be reformed in a positive way.”

If the latest INTA recommendations were in fact intended to become the cornerstone of an IR regime which drastically curbs economic sole right of copyrighted works remains to be seen.

One stumbling block could be the 1968 Berne Convention for the protection of Literary and Artistic Works.

Signatories to the Berne Convention, which includes all members of the EU, are required to recognize the copyrighted works of authors from other signatory countries

While the convention makes copyrighting automatic regardless of the author’s wishes, the 1993 Copyright Duration Directive extended the term of copyright protection to 70 years after the creator’s death for all EU members.

As the existing framework automatically locks in copyright protections for such an extended period regardless of the creator’s wishes, the INTA recommendations may in fact be a corrective to the fixed nature of the Berne Convention by empowering copyright owners to freely give away their work to the public domain.

In this context, the aim of the INTA might not be to create a world where a vast swatch of intellectual property can be shared freely and legally as long as it is not for commercial gain, but rather to give copyright owners more flexibility to freely share their own work.

How AFET reacts to the recommendations presented will go a long way towards clarifying whether a more open copyright system is in fact on the horizon, though it remains to be seen how, if, and when they will officially respond.

“The computer world is divided in two confronting camps with two totally different philosophies. On the one side are companies that sell programs to make money. On the other are people who believe software must be totally free. Generally paid software dominates, so why don’t more people go for the free alternative? And what does that mean for intellectual property? We’re asking one of the leaders of the free software movement, programmer-turned-philosopher Richard Stallman.”

Note:
* This file is ineligible for copyright and therefore in the public domain, because it consists entirely of information that is common property and contains no original authorship.

Disclaimer: The views expressed in this article and video are the sole responsibility of the author(s) and do not necessarily reflect those of CanadaNewsLibre. The contents of this article and video are of sole responsibility of the author(s). CanadaNewsLibre will not be responsible or liable for any inaccurate or incorrect statements. The CNL grants permission to cross-post original CanadaNewsLibre articles and videos on community internet sites as long as the text & title are not modified. The source and the author’s copyright must be displayed. http://canadanewslibre may contain copyrighted material the use of which has not always been specifically authorized by the copyright owner. We are making such material available to our readers under the provisions of “fair use” in an effort to advance a better understanding of political, economic and social issues. The material on this site is distributed without profit to those who have expressed a prior interest in receiving it for research and educational purposes. If you wish to use copyrighted material for purposes other than “fair use” you must request permission from the copyright owner.