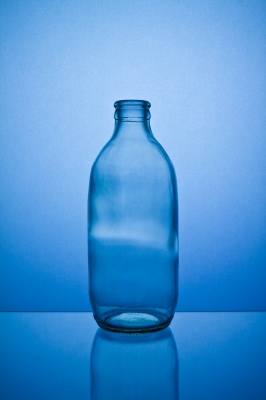 “we must identify the underlying currents that create Empty people who are willing to load guns and sharpen knives with the goal of hurting others. (…) some in Hollywood are finally coming forward to admit that video game, movie, and television violence set the stage…and in all too many cases actually encourage …the unhinged, as well as the borderline unhinged, to pattern their thinking and behaviors after evil role models.”

“For seven or eight decades now, public schools have failed to teach every non-retarded child to read, write, cipher, build a knowledge base, and use all of these tools for Thinking, Analyzing, and Wisely Concluding.” – Linda Schrock Taylor – emphasis added

If guns were the underlying cause of mass shootings, in schools or in other places, what conclusion should be drawn from the mass school knifings that took place in China on the very same day as the Sandy Hook killings? “BEIJING (Reuters) – A knife-wielding man slashed 22 children and an adult at an elementary school in central China on Friday, state media reported, the latest in a series of attacks on schoolchildren in the country.”

Actually, few people will wonder about the underlying cause of knife-wielding assailants because most media sources have buried that story while setting their sights; while aiming their weapons at gun control. Shame…no, curses…on those who are willing to destroy the rights of millions of law abiding citizens simply because a very few by comparison…evil ones who would manage to get weapons despite any and all gun/knife/poison control laws…choose to act with cruelty and evil intent.

I am relieved to hear that some in Hollywood are finally coming forward to admit that video game, movie, and television violence set the stage…and in all too many cases actually encourage …the unhinged, as well as the borderline unhinged, to pattern their thinking and behaviors after evil role models.

Another great problem in this culture of media violence is that immature brains all too often misinterpret what they see on screens. When I talk to students about death being permanent, many argue with me, pointing out that although Actor X was killed in a TV show on Friday night, the viewer noticed that Actor X in different clothing was back, alive and well, in a movie on Saturday. Try to argue points of existence, roles, playacting and symbolism with an immature non-thinker of any age.

The problem of violence in America stems from the rot in our culture, and the blatant display of evil-in-action on screens of all sizes. For borderline individuals, guns have become the means to act out Hollywood type fantasies plus take their personal hurt out on other people. In America, in China, and elsewhere, knives and other tools can serve the same purposes for such individuals. Whether killers and destroyers use guns, knives, poisons, hands-that-strangle, vehicular-manslaughter, dousing-with-gasoline-then-lighting-on-fire, or other means to maim and murder, the reality is that when someone wants to hurt and kill, there is virtually no stopping them.

It is imperative that we teach children and others not to want to kill. Additionally, we must identify the underlying currents that create Empty people who are willing to load guns and sharpen knives with the goal of hurting others. In her excellent book, The Sociopath Next Door, (a book I strongly recommend that Everyone read as a prophylactic against the “1 out of 25” dangerous persons who populate our families, our neighborhoods and our world, disrupting and damaging our lives), Dr. Martha Stout quotes William Ralph Inge, speaking early in the twentieth century,

“The proper time to influence the character of a child is about 100 years before he is born.”

Since I am a person who believes that I was born at least 100 years too late, I paid special attention when I read that.

While many are discussing the cultural problems of visual-to-behavioral violence; the breakdown of the family; the delegation of parental roles to visual media; and the loss of a national moral compass, I would like to also direct attention to the schools. As a baseline for our thinking, let us consider this: When my husband (born 1941) attended school in small town Iowa, he and many other boys carried their guns to school and stored them in unlocked lockers. Teenage boys; Unlocked lockers; Possibly dozens of guns in the school building. A massacre in the making? Not at all. The daily outcome was that the boys…as soon as school let out…went hunting so that families might have fresh meat on their tables for evening meals.

In those days, character and values were formed by wisdom that had come down through the culture from …oh, about 100 years prior. Now, our culture treats individuals as though we are all still small enough, and dumb enough, to put beans up our noses. Rampant stupidity causes our do-gooders and tunnel-visioned leaders to erroneously conclude that outlawing beans must surely be the answer.

For seven or eight decades now, public schools have failed to teach every non-retarded child to read, write, cipher, build a knowledge base, and use all of these tools for Thinking, Analyzing, and Wisely Concluding. School leaders at all levels, as well as teachers, not only fail to identify and take action to prevent the problems and repercussions associated with misfits trying to survive in society, but these supposedly well educated persons have even failed to understand the most vitally important rule of Education…that reading levels are determined by vocabulary levels. Why, the NAEP had to conduct an expensive research project just to arrive at the same conclusion that non-college educated (often teenaged) teachers in one-room schoolhouses knew intuitively, and that societies have known for thousands of years. It is shocking, but not a surprise, that public schools are failing our children in all ways, then blithly releasing amoral, soulless individuals who are capable of preying upon…financially, morally…and even murdering others in society.

Copyright © 2012 by LewRockwell.com. Permission to reprint in whole or in part is gladly granted, provided full credit is given.

Disclaimer: The views expressed in this article are the sole responsibility of the author and do not necessarily reflect those of CanadaNewsLibre. The contents of this article are of sole responsibility of the author(s). CanadaNewsLibre will not be responsible or liable for any inaccurate or incorrect statements. The CNL grants permission to cross-post original CanadaNewsLibre articles and videos on community internet sites as long as the text & title are not modified. The source and the author’s copyright must be displayed. canadanewslibre.com may contain copyrighted material the use of which has not always been specifically authorized by the copyright owner. We are making such material available to our readers under the provisions of “fair use” in an effort to advance a better understanding of political, economic and social issues. The material on this site is distributed without profit to those who have expressed a prior interest in receiving it for research and educational purposes. If you wish to use copyrighted material for purposes other than “fair use” you must request permission from the copyright owner.