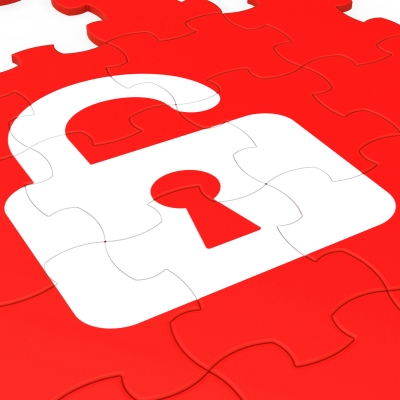 ”Do not let the hero in your soul perish (…)
The world you desire can be won,
it exists,
it is real,
it is possible
and it’s yours.”

“Fight for the essence of that which is man:
for his sovereign rational mind.”

”Fight with the radiant certainty
and absolute rectitude of knowing that
yours is the Morality of Life
and that yours is the battle
for any achievement,
any value,
any grandeur,
any goodness,
and any joy
that has ever existed
on this earth.”

”Real freedom in the form of free will still exists.
Its day lies ahead.”

”The struggle for effective freedom
is gathering strength beneath the surface.

It will need that strength
and it will need a clear vision
and confidence in its purpose.

One cannot be complacent
about the eventual victory of individual persons
over the state’s formidable forces arrayed against them.

This is a struggle of wills and ideas,
of belief and fortitude,
of right and wrong.

This is a struggle of more significance
than any war that the world has ever seen,
and it will be won by the forces of real freedom.”

by Marc Sylvain Boisvert
CanadaNewsLibre
May 10, 2014

All over the world, a majority of people still do not know that they posess fundamental rights. And as a result of that innocence, or ignorance, we are witnessing that everywhere, increasingly, more people are being abused by the system, and by those in power.

However, there are more and more individuals who really understand the true meaning of these rights which are even described as being unalienable. These are the rights that we were born with, rights that cannot be stripped away from any one of us, by anyone, in any way, shape, or form.

They are famous writers, philosophers, historians, judges; they are also teachers, architects, inventors, house builders, politicians, or simply common people; they were also the Founding Fathers of the United States of America. Basically, they are ALL share the same ideas about Life, Liberty, Property and the Pursuit of Happiness. They are the Sovereign Rational Minds.

They are all fighting, or they have fought, for the value and the essence of which is man. Each and every one of them in his or her own way.

Dean Clifford is one of them; his actions are expressed through a peaceful resistance and peaceful non-compliance. But at this very moment, he is paying with his own life and liberty for teaching others their rights (please read the anterior post: Dean Clifford – De Facto political prisoner in Canada). He has been detained for almost six months now at the Brandon Correctional Center, in Manitoba.

Many of us are asking when will be the day of his return. Let me say that every time one more man or woman truly understands that we were all born equal with unalienable rights and when that same individual start acting in accordance with his convictions, we are one step closer to the day Dean Clifford will regain his liberty.

This is why one cannot stay silent.

” … we all have an enormous responsibility to bring to the attention of others information they do not have, which has the potential of causing them to rethink long-term held ideas.” (3) *

This homemade video montage, has not been made professionally; it has its glitches here and there. It is the work of only one individual, without any external financial help. But above all, what is important is not the form; it is the content. Substance should always prevail over the form.

Through the use of short video sequences from pre-existing YouTube videos, it will help the viewers in the understanding of what are the fundamental natural rights, and how important these are, if we all want to regain our freedoms and our liberties, while learning to use one of the most powerful tool that each individual is endowed with: the Sovereign Rational Mind.

So far, this video (52 min.) has been blocked globally by YouTube as soon as it was posted on May 10th, for copyrights claims – even though I was claiming “Fair Use”. (please read update below)

Are we witnessing another example on how a statutory law (copyright) can be used against the freedom of information and expression?

Meanwhile, I am still currently working on resolving these issues by ex-purging the montage from the problematic sequences.

There were three copyrights claims:

I have been working on that last sequence and have now almost reconstructed it all, and I have added my own music to the sequence.

The problematic sequences have now been completely removed from the video montage. However, I still have some work to do in order to reconfigure the video. I hope that I will be able to post it back soon.

Here is a short trailer of this new video:

The complete video montage  (47 min.) has now been posted again, in its new form.

Please note that the publishing of the video sequences which compose this video montage does not imply, in any way, shape, or form, the endorsing from their respective original authors.

Knowing our unalienable individual rights is of utmost importance if we want these rights to be protected adequately, while respecting the rights of other individuals.

Hopefully, the future release of this video montage will encourage the viewers to do their own research on this important matter. A better understanding of individual rights, we believe will help create a better, a more respectful and peaceful world around us.

Credits to the world of Open Source and free software for the video creation.

This work is been made possible thanks to the impressive amount of information that is already present on the Internet. Also, there is the incredible opportunity that the world of free software and linux operating system brings. It gives to the creator invaluable tools that are essential to the creative process. Freely available software such as the video editor OpenShot, the audio editor Audacity, and other applications such as Inkscape, and LibreOffice Writer are of great help, as well as LinuxMint 16 operating system.

The only way to deal with an unfree world
is to become so absolutely free
that your very existence
is an act of rebellion.

Marc Sylvain Boisvert, is the creator and editor of CanadaNewsLibre.com. He holds a Diploma of Superior Studies in Music Composition from the Québec Conservatory of Music, and is a Doctor of Chiropractic graduated from the Canadian Memorial Chiropractic College in Toronto. The opinions expressed in this article reflect his private individual views; he is not speaking on behalf of any group or organization of licensed chiropractors and he is claiming his fundamental and unalienable right to free speech.

2. The Latest Excuse To Abolish Our Freedom, by Michael S. Rozeff, October 26, 2013  – Michael S. Rozeff is a retired Professor of Finance living in East Amherst, New York. He is the author of the free e-book Essays on American Empire. He publishes regularly his ideas and analysis on http://www.LewRockwell.com

* The publishing of these images and citations does not imply that the authors endorse this article.

Disclaimer: This video montage contains copyrighted material the use of which has not always been specifically authorized by the copyright owner. Non-profit CanadaNewsLibre is operating without any external funding whatsoever and is making such material available to our viewers under the provisions of “fair use” in an effort to advance a better understanding of political, economic and social issues. The material included in this video montage is made available without profit to those who have expressed a prior interest in receiving it for research and educational purposes. If you wish to use copyrighted material for purposes other than “fair use” you must request permission from the copyright owner of the video segment or video clip you are interested in. The views expressed in each and every video clips contained in this video montage are the sole responsibility of their authors and do not necessarily reflect those of CanadaNewsLibre. CanadaNewsLibre will not be responsible or liable for any inaccurate or incorrect statements.