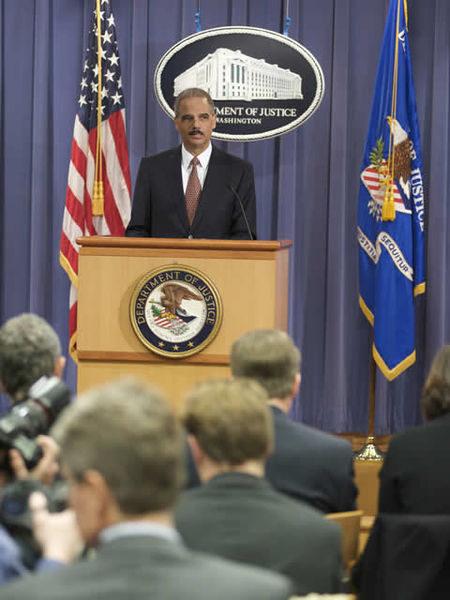 LaRouchePAC – After an extensive hearing, the House Oversight Committee has voted in favor of holding Obama Administration Attorney General Eric Holder in contempt of Congress for stonewalling and withholding subpoenaed documentation regarding Operation Fast & Furious. The contempt citation passed by a vote of 23 to 17. A contempt report is now ordered to be sent to the full House.

“The federal government’s diabolical plan to “create crime” along the US border and then ride in as the savior with new gun restrictions – is now in retreat… Obama’s latest retreat towards executive privilege may be construed by the public and some media as an indirect admission of guilt by association (…) Ultimately, Fast and Furious could be the straw which breaks this administration’s grip on the strings of power in the White House.” – Patrick Henningsen

“The White House decision to invoke executive privilege implies that White House officials were either involved in the Fast and Furious operation or the cover-up that followed.“ – Brendan Buck, press secretary of House Speaker John A. Boehner

“The use of Executive Privilege by the Obama White House makes a direct tie to the administraiton now.” – The Ulsterman Report White House Insider

“If the President was not personally involved, executive privilege does not apply.” – Judge Andrew Napolitano