“(…) heavy metals are being sprayed to control the weather.”

“Pernilla Hagberg says she believes that the CIA and the American NSA (National Security Agency) are behind the release. “To be able to control the weather and use it for their own purposes is very advantageous for power structures. The Swedish government could also be involved” she says.”  (a)

END_OF_DOCUMENT_TOKEN_TO_BE_REPLACED 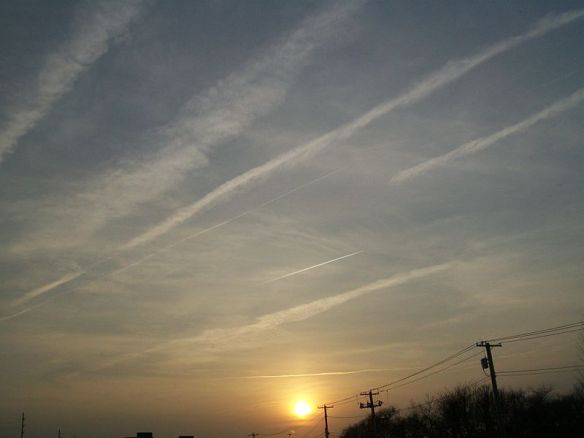 “For more than a decade, first the United States and then Canada’s citizens have been subjected to a 24/7/365 day aerosol assault over our heads made of a toxic brew of poisonous heavy metals, chemicals, and other dangerous ingredients. None of this was reported by any mainstream media. The US Department of Defense (DOD) and military have been systematically blanketing all our skies with what are known as Chemtrails (also known as Stratospheric Aerosol Geoengineering).” – Dr. Ilya Sandra Perlingieri, environmental writer and former university professor and scholar

“The UN’s assertion that climate change is directly causal to humans has inspired mandates for geoengineering governance. This scheme does not rely on scientific data or research studies, but rather real world experiments with chemtrail technologies conducted by governmental agencies and private sector corporations employed by policymakers and international entities.” Susanne Posel