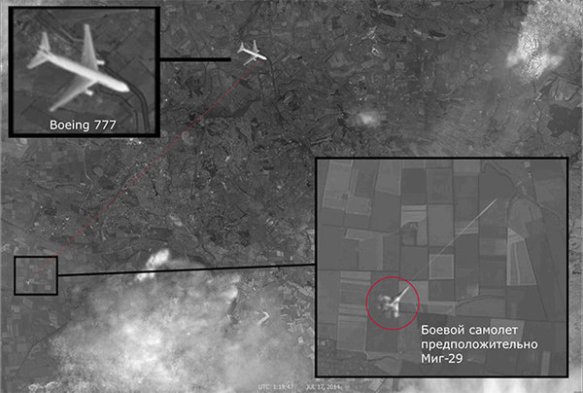 Pravda.ru (15.11.2014) –  An anonymous individual sent a letter with a satellite image and results of their own investigation into the disaster of Malaysian Airlines MH17 flight in Ukraine, writes LifeNews. The letter arrived from the USA. One of the photos, which was exposed to the general public by First Channel on November 13th, clearly depicts the Malaysian Boeing and the attacking fighter, supposedly a MiG-29.