“Since 1998 the Gold Anti-Trust Action Committee, GATA, has been exposing, opposing, and litigating against collusion meant to control the price and supply of gold and other precious metals. GATA has collected and published dozens of documents showing Western treasury and central bank efforts at intervention in metals markets – interventions that occur both openly, as well as surreptitiously, preventing the proper functioning of a free market in gold.”

END_OF_DOCUMENT_TOKEN_TO_BE_REPLACED

Watch  the complete excellent 13 minutes interview – in the second half of The Keiser Report (from min 12.40) Max Keiser talks to Hugo Salinas Price who appeals to Alexis Tsipras to propose bringing a silver standard to Greece.
http://maxkeiser.com/2012/05/31/kr295-keiser-report-with-hugo-salinas-price/

”Apparently any cartel shenanigans conducted during electronic trading is free game and goes unreported by the regulating agencies.”

On the now infamous Ron Paul/ Bernanke silver raid of February 29th, we documented how 225 million ounces of silver were dumped on the market over a span of only 30 minutes, smashing silver $4 from $37.62 to $33.68.

In a sign of the diminishing returns of paper market manipulation, on the heels of today’s Fed minutes disappointment, beginning at 2pm EST, over 127,000 contracts, or 637.535 MILLION OUNCES OF PAPER SILVER were dumped on the market in only 1 hour, resulting in a massive silver decline of…. $0.65.

You read that correctly.

END_OF_DOCUMENT_TOKEN_TO_BE_REPLACED

“The Pan Asia Gold Exchange (PAGE) – was to represent real price discovery and that is yet to happen. END_OF_DOCUMENT_TOKEN_TO_BE_REPLACED

“If the agency does the right thing and finds that the silver market had been manipulated, the silver world would change overnight.”

“In the event that the CFTC does what is correct…and what is required of them to do by the rule of law, then you better own some silver. A sudden announcement that a US Government agency found silver to have been manipulated to the downside would likely trigger off reactions from world silver producers, consumers and investors that are impossible to fully comprehend.”
Ted Butler

END_OF_DOCUMENT_TOKEN_TO_BE_REPLACED 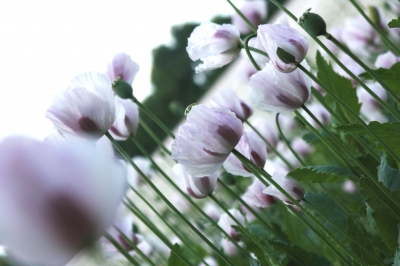 “From the mid-17th century more than 9 billion Troy ounces or 290 thousand metric tons of silver was absorbed by China from European countries in exchange for Chinese goods. The British introduced opium along with tobacco as an export item to China in order to reduce their trade deficit. Under the disguise of free trade, the British, the Spanish and the French with the tacit approval of the Americans continued sending their contraband to China …”

“China was forced to pay silver for her addiction to opium smoking that was artificially induced by the pusher: the British.”

“The present trade dispute between the U.S. and China is reminiscent of the background to the two Opium Wars. Once more, the issue is the humiliation and plunder of China as a “thank you” for China’s favor of having provided consumer goods for which the West was unable to pay in terms of Western goods suitable for Chinese consumption. The only difference is the absence of opium in the dispute.

Oops, I take it back. The role of opium in the current dispute is played by paper. Paper dollars, to be precise.”
Antal E. Fekete

END_OF_DOCUMENT_TOKEN_TO_BE_REPLACED

“In order to fund its military operations during the 1860s, the federal government for the first time in its history issued paper currency which was unbacked by any commodity and was to be accepted at face value as a legal tender.”

“For the past 40 years we have lived in a world in which the issuance of money is completely at the discretion of governments and central banks, and we are reaping the consequences. The fiat money standard has led from one financial crisis to another, as each attempt to inflate out of the previous bubble only sows the seeds for the next crash.”

“Historically, legal tender laws have been used by governments to force their citizens to accept debased and devalued currency.”  Ron Paul