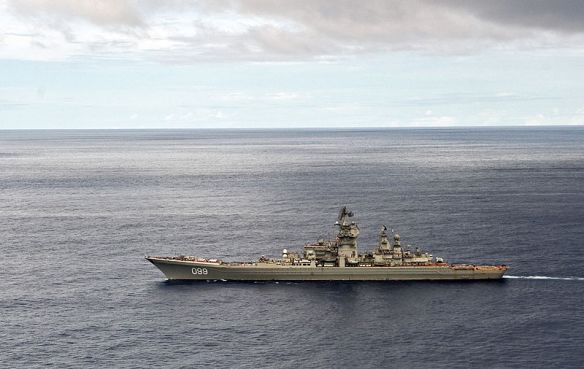 LaRouchePAC – A not widely publicized deployment of vessels from the Russian Navy jumped into the news yesterday when a helicopter based on the nuclear-powered cruiser Pyotr Veliky, the flagship of the Northern Fleet, was totall(y destroyed) in a hard landing. Part of what made the accident news was where it happened: in the Kara Sea along Russia’s Arctic Coast, near Kotelny Island in the Novosibirsk Archipelago (potentially the future home of the domed science city of Umka, according to that project’s designers). The incident has touched off intense public discussion in the Russian media, during which one retired military officer drew out the world-war implications of U.S. ship-based anti-missile deployments to Russia’s north.